2001 Fleer Derek Jeter Monumental Moments is a five-card set that was randomly inserted into packs five different 2001 Fleer baseball card products as an insert. The cards are also available autographed.

The design of the cards is identical to the Mickey Mantle Monumental Moments inserts from 1998 Fleer Tradition Series Two. 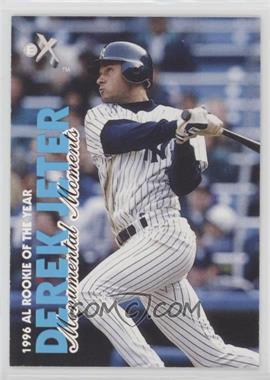 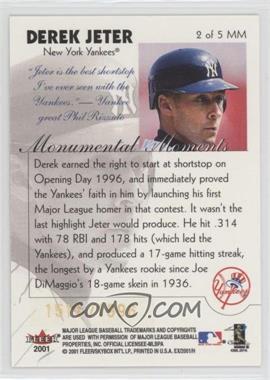 Each of the four cards is also available autographed, and serial-numbered to the figures below. Only card #4 is sequentially-numbered.

In addition, a fifth "Base Ink" autograph card featuring a piece of game-used base was inserted into packs of E-X.