Difference between revisions of "Bowman AFLAC"

Bowman AFLAC is a series of card sets released in conjunction with the All-American Classic, an annual all-star game featuring some of America's best high school players. The event was started by the high school recruiting service Perfect Game in 2003 and has been played every summer ever since. The American Family Life Assurance Company (AFLAC) was the game's presenting sponsor from 2003-2010. Perfect Game picked up the sponsorship in 2011.

From 2004 to 2013 Topps was a co-sponsor of the AFLAC/Perfect Game All-American Classic and produced a card set for each game -- including on-card autographs. Since all players in the game were entering their senior year of high school, Topps could not release the autographs until after they had signed a professional contract (and not all players did).

For the 2004 and 2005 games, Topps seeded into packs of that year's Bowman Draft Picks & Prospects redemption cards good for an AFLAC set. Fulfillment of these sets could not begin until after the players had graduated, been drafted, and signed with an MLB team. As a result, the 2004 set was not fulfilled until January 2006 and the 2005 set until January 2007.

Beginning with the 2006 game, the unsigned version of the AFLAC/Perfect Game set has only been available to attendees of the All-American Classic game. Since the actual game is sparsely attended, the print runs on these cards are extremely scarce (Topps also gives each player an allotment of his own card). As part of Topps's sponsorship of the game, each player was required to autograph a number of cards (usually no more than 250) which would then be saved and used as inserts in various Bowman products -- just as soon as the player signed a professional contract.

A number of AFLAC autographs were used as cut signature inserts in 2010 and 2011 Topps Pro Debut.

2013 was the final year Topps produced this set as Leaf Trading Cards picked up the license.

Production of the 2006 Topps AFLAC set has been estimated at 250 copies, with each player receiving 100 of his own card. This was the only year in which the design of the Topps flagship baseball set was used for the AFLAC set.

NOTE: A "Promo" version of the 2006 set exists. Each Promo has the phrase "FOR PROMOTIONAL USE ONLY" printed on the front and has a game-action photo of the player. 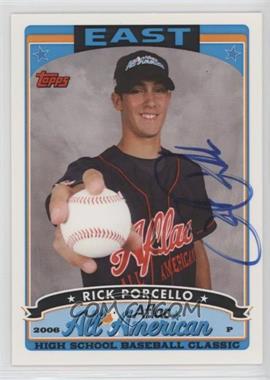 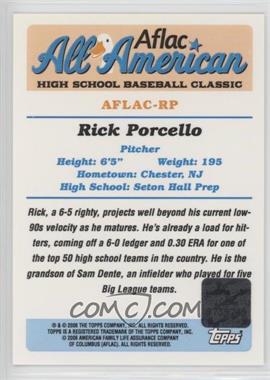 NOTE: Collectors should be advised when purchasing 2006 Topps AFLAC cards that are autographed but not serial-numbered.

Beginning with cards inserted into 2009 Bowman Draft Picks & Prospects (with the exception of 2011), Topps began to serial-number all pack-inserted AFLAC autographs as a security measure. Because the autographs inserted into 2008 Bowman Draft were not serial-numbered, there is no way to distinguish between the pack-inserted cards (which have genuine autographs) and autographs that did not pass through Topps' hands (which may or not be genuine). Theoretically, a collector could have attended the 2006 AFLAC game and had the card(s) he/she received at the door autographed by the player right then and there. Then again, it is also possible that someone could have bought an unautographed AFLAC card off eBay and forged a signature.

It is advised that collectors buy from a reputable source or a professionally graded card. 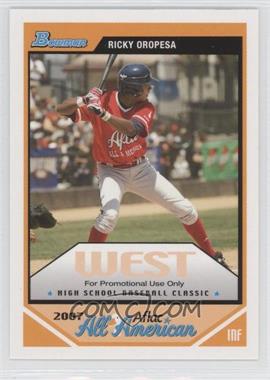 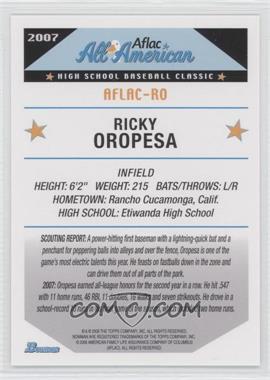 Once again a Promo set exists featuring game-action photography. Also, cards of coaches were made. 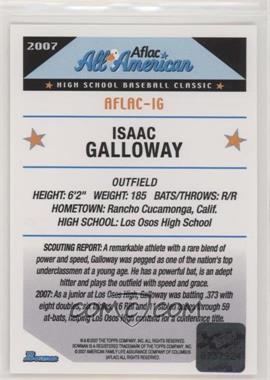 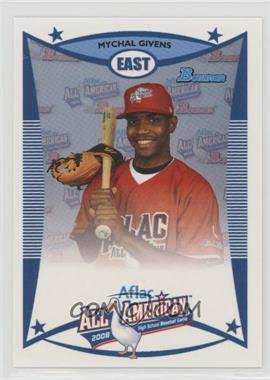 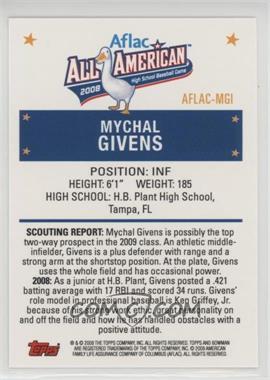 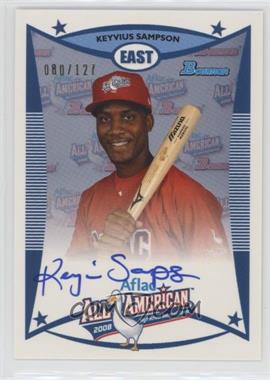 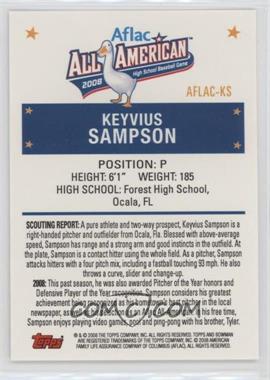 Autographs from the 2008 set were inserted into packs of 2009 and 2010 Bowman Draft Picks & Prospects and 2012 Bowman. All pack-inserted autographs were serial-numbered. 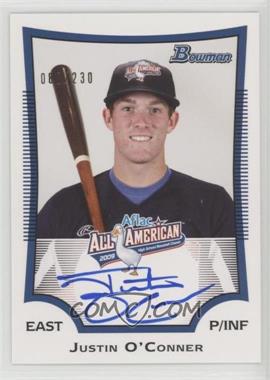 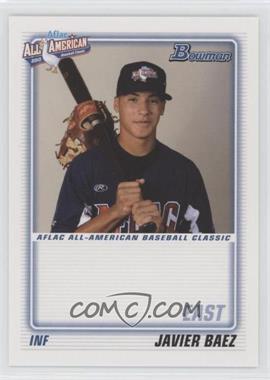 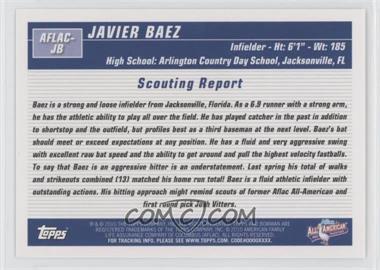 This was the last year the All-American Classic game was sponsored by AFLAC. 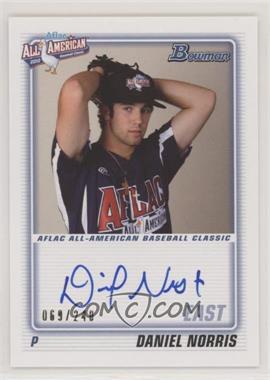 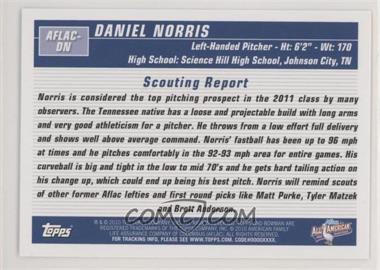 NOTE: Autographs inserted into packs of 2011 Bowman Draft Picks & Prospects were NOT serial-numbered. To placate collectors who pulled such cards, Topps offered to have them professionally graded by PSA at no charge provided they were sent back to Topps by July 1, 2012. Cards sent back to Topps as part of this program would be notated as having been pack-pulled on the label by PSA.

These five cards, which were inserted into 2013 Bowman Draft Picks & Prospects, are all signed in red ink and serial-numbered to ten copies.

The first batch of autographs were inserted into packs of 2014 Bowman Draft.