Classic Update is a 50-card set distributed as part of an update to the 1987 Classic trivia board game. Unlike the original Classic game, the Update set was sold without the game. The set is sometimes referred to as the "Travel Edition" of the game.

The card backs contain several trivia questions (and answers) which are used to play the game. A yellow border frames the full-color photo. The games were produced by Game Time, Ltd. and were available in toy stores as well as from card dealers. Cards are numbered beginning with 101, as they are an extension of the original set.

According to the set's producers, reportedly about 1/3 of the 150,000 sets printed were error sets in that they had green backs instead of yellow backs. This "green back" variation/error set is valued at approximately double the price of the yellow set.

Early cards of Barry Bonds and Mark McGwire highlight this set. Despite the MLB/MLBPA license, none of the cards in the set are considered "true" rookies. Most cards issued of Barry Bonds tend to be off center. It is believed that the average centering on this card is approximately 80/20. 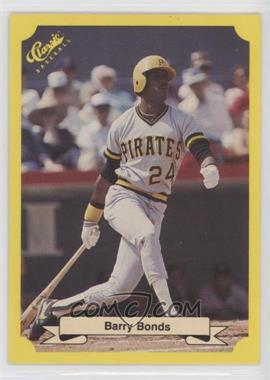 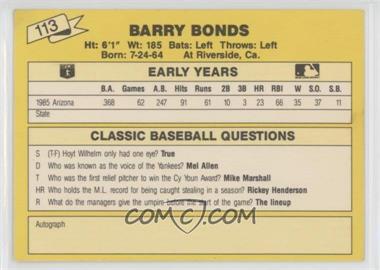 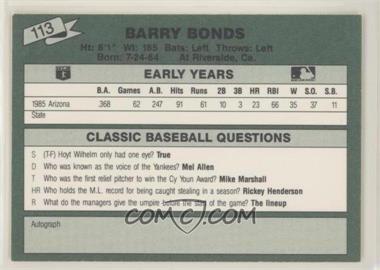