The only prominent rookie in the set (that was included in packs) was Albert Pujols. 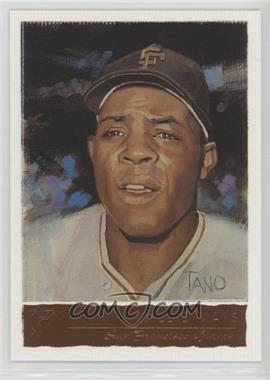 Before the product's release, Topps announced that Willie Mays's card (#50 in the set) would not be available in packs. Instead, the card was given away as part of a promotion with Topps's Home Team Advantage (HTA) Hobby stores. In order to get the missing Mays card, which shows Mays in a posed shot holding a bat on his shoulder, collectors had to show a complete 149-card Topps Gallery set to their participating HTA dealer, who would then make the collector's set "complete" by issuing them their missing Mays card. Collectors had until October 24, 2001, to complete their sets and receive their Mays card.

However, in a move that was not announced until after the product's release, randomly seeded into retail packs of 2001 Topps Gallery was a completely different Willie Mays card, also sequentially-numbered as #50. This card, which shows a "head-and-shoulders" portrait, was printed in roughly the same quantities as the other "Legends" short-prints (cards #142-#150).

Due to the fact that many HTA dealers sold their Mays allocations on eBay rather than participate in Topps's promotion, and that not much retail wax was produced, the retail Mays is believed to be scarcer than the HTA version. A set is considered complete with either card.

* The retail-exclusive Willie Mays #50 card was seeded alongside the Legends. 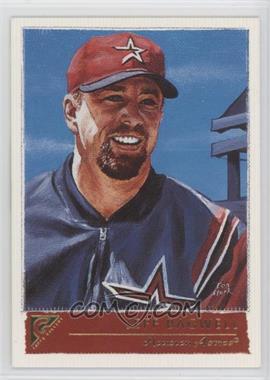 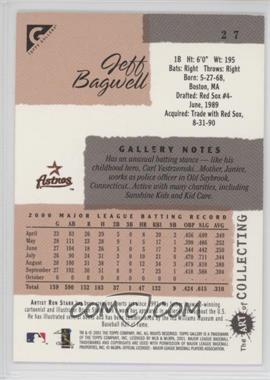 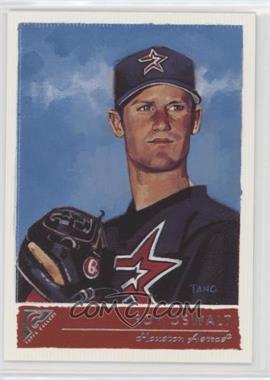 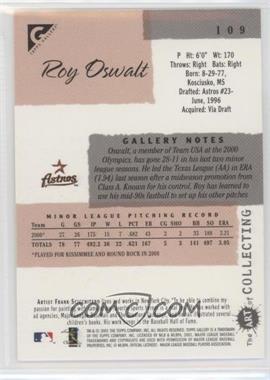 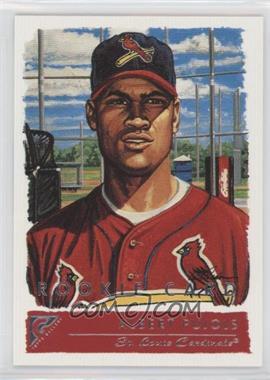 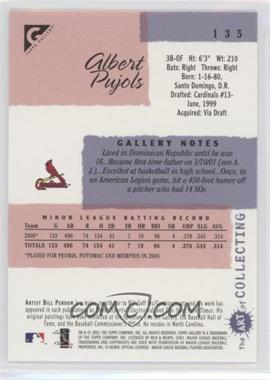 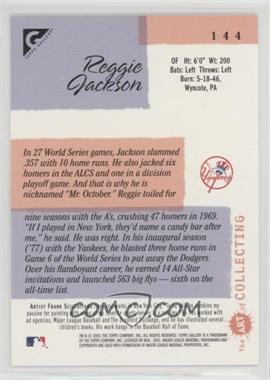 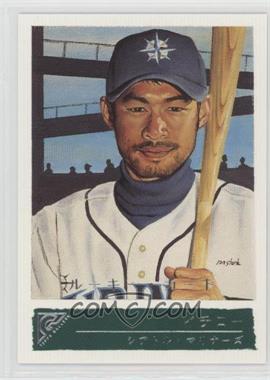 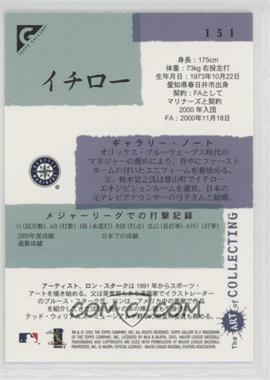 Randomly inserted into packs as a late addition, was a redemption card good for a rookie card (#151) of Ichiro Suzuki. Half of the cards were produced with English text and the other half in Japanese. A set is considered complete with either one. All Ichiro exchange cards expired June 30th, 2003.

A set of four Press Plates were randomly inserted into packs for all base cards except the Ichiro redemptions. It is unknown if plates were issued for the retail-exclusive Willie Mays card. 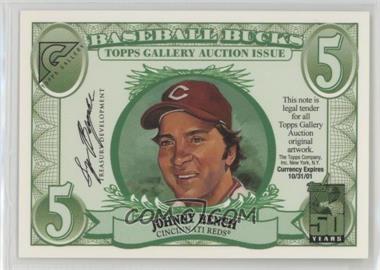 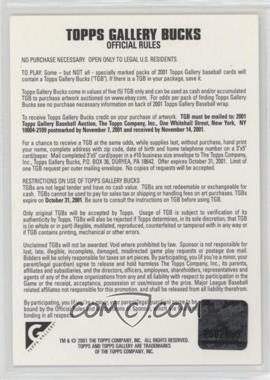 Randomly inserted into packs is a Johnny Bench card done in the style of the 1962 Topps Bucks set. For all intents and purposes, it is a $5 gift certificate good for any purchase at Topps' on-line store. The gift certificate expired November 7, 2001. 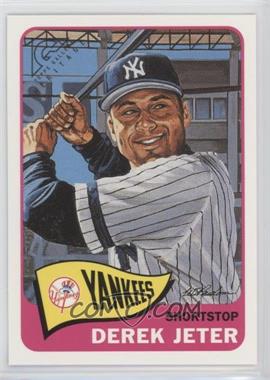 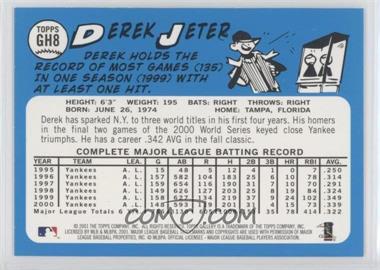 For the third consecutive year, Topps Gallery featured an insert of 10 players done in the style of a classic Topps set; in this case 1965 Topps. 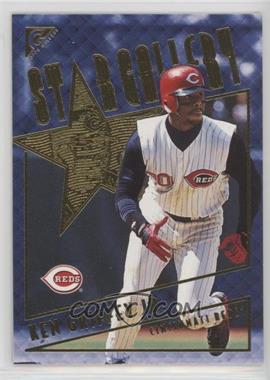 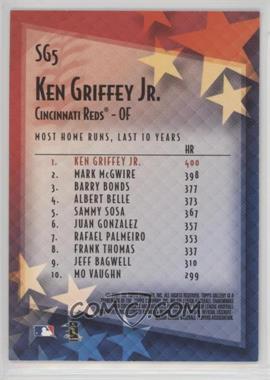 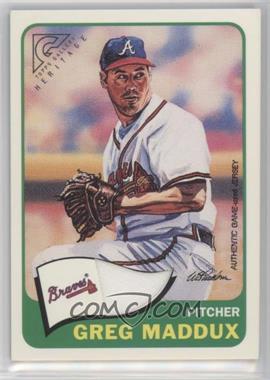 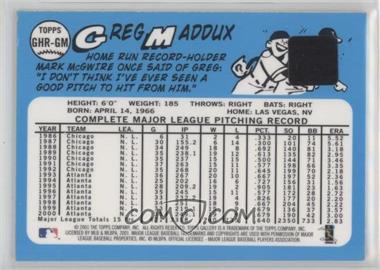 NOTE: Randomly inserted into packs was a "Mystery Relic" exchange card. Vladimir Guerrero would ultimately be fulfilled by this card, which expired June 30, 2003.

Each Heritage Game Jersey Autograph is serial-numbered to 25 copies. 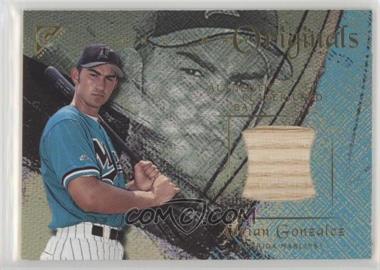 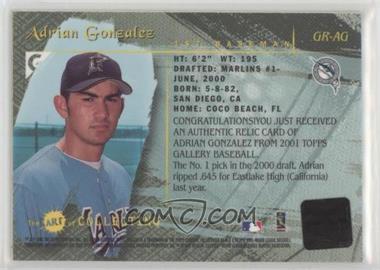 NOTE: Randomly inserted into packs were two "Mystery Bat" exchange cards. Jason Giambi and Sammy Sosa would ultimately be fulfilled by these cards, which expired June 30, 2003. 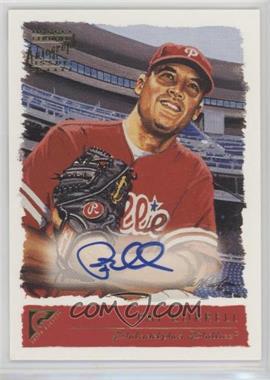 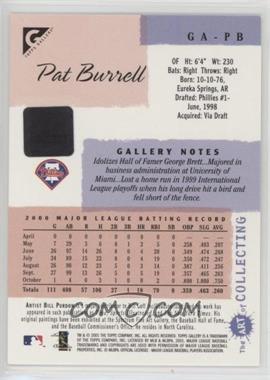