2007 Topps A-Rod Road to 500, is a 500-card, cross-brand, mirror insert set, that was distributed across most of Topps' 2007 baseball card lines. Like the 2005 Topps Barry Bonds Home Run History and 2006 Topps Mickey Mantle Home Run History sets, one card was created for each of Alex Rodriguez's career home runs. Like the Bonds and Mantle sets, the design of each Rodriguez card is identical, the lone difference being the number of the home run being celebrated. 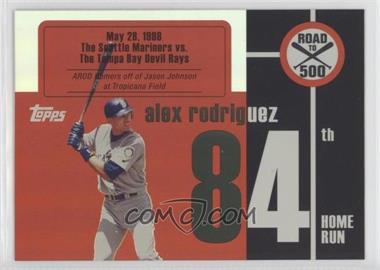 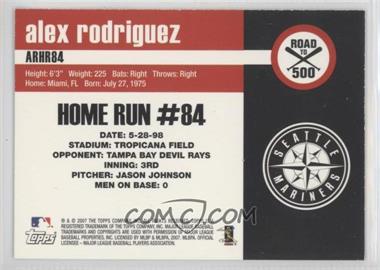 For brevity's sake, a complete checklist of all 500 cards will not be listed. Rather, listed below are the products and insertion ratios each specific group of Road to 500 cards were inserted in.

NOTE: Due to the unpopularity of the set, cards inserted into packs of 2007 Topps Opening Day (#ARHR76-ARHR100) sell for a tremendous premium. 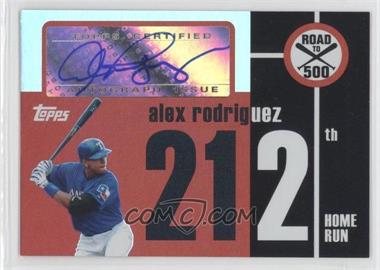 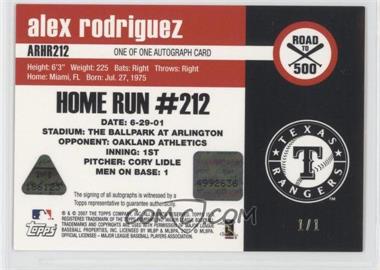 Topps affixed exactly one, and only one, copy of each card with a sticker bearing Rodriguez's autograph. These autographed cards were randomly inserted into each series respective packs.