Chromium: A steel-gray, lustrous, hard, metallic, element that takes a high polish. Atomic Number 24. When used in the production of trading cards, it gives the card a unique shine. 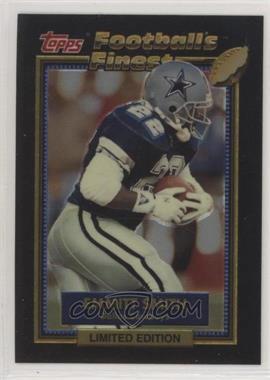 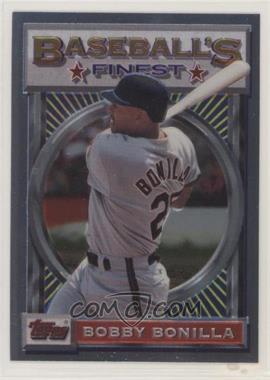 Chromium cards debuted in 1992 Topps Finest Football, a boxed set put out during the playoffs in '92 that flopped miserably. It reappeared in July '93 with Topps Baseball's Finest, one of the first "super-premium" card sets. Although Topps does not have exclusive use of this technology, chromium cards and Topps go hand-and-hand.

In 1998 Donruss and released a chromium parallel brand called Donruss Collections and in late '99 Upper Deck released their first chrome brand under the "UD Ionix" label. It has also appeared in other places like 1993 Press Pass Draft Picks basketball, '99 WWF Smackdown!, and in non-sports sets like Bone Series 2. Topps has also used it in their recent Star Wars sets.

Chromium cards are notorious for their chipping and poor centering. As such, absolute pristine copies are rather difficult to find.