Renamed from "Select Certified," 1997 Pinnacle Certified was a 150-card set released in the summer of 1997. This set was designed to continue to compete with Topps' Finest brand -- so much so that this year's iteration, like Finest, featured chromium-stock cards with a removable protective "peel". Pinnacle Certified was available exclusively in Hobby stores.

The set included a 30-card rookie subset and a 15-card Certified Stars subset. Randomly seeded into packs as a late addition is an exchange card good for a card of Jose Cruz, Jr. Although this card is numbered as part of the base set (#151), it is not considered a "true" rookie card nor is it considered part of a complete set.

Due to the popularity of this product in the secondary-market (which may have been driven by the previous year's set) and the company's financial troubles, Pinnacle Brands made five separate print runs of '97 Certified. After the first run sold out, Pinnacle produced an additional two runs before Certified went live. Afterward, another two press runs were ordered. It is believed that the Mirror Gold Certified Team inserts were exclusive to press runs 2 & 3 and the mysterious Mirror Blacks were only in the fifth and final run.

The only significant "true" rookie card is Brian Giles.

Inserts and parallels were usually the 4th card in the pack. 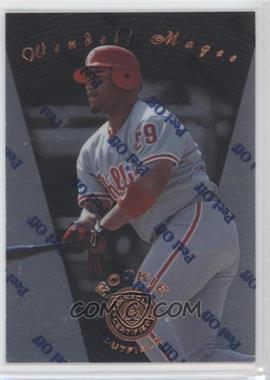 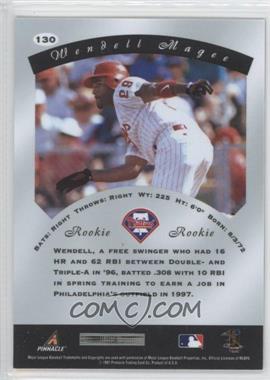 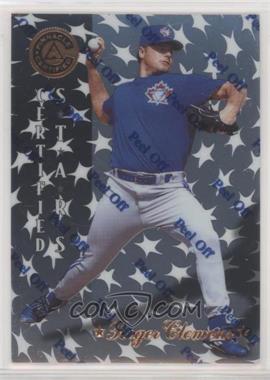 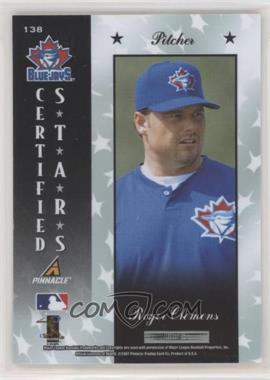 Randomly inserted into packs as a late edition was a redemption card good for a card of rookie Jose Cruz, Jr. Although sequentially-numbered as part of the base set (#151) it is not considered part of the complete set. The deadline to redeem the card was March 31st, 1998.

All 150 base cards (except the Cruz exchange card) are available in the following parallels:

Initially, however, collectors assumed that the production figures were the same as the '96 Mirrors, as the insertion ratios were roughly the same. Many collectors familiar with the '97 Mirror sets note that because Pinnacle made additional print runs both before and after the official release of the product, the actual production runs were higher than initially assumed. Further, Mirrors may also have been "backdoored" after Pinnacle Brands' 1998 bankruptcy filing. Thus, it is unknown how many of each Mirror exists for each player. For reference, there are at least 50 Tony Clark Mirror Golds. 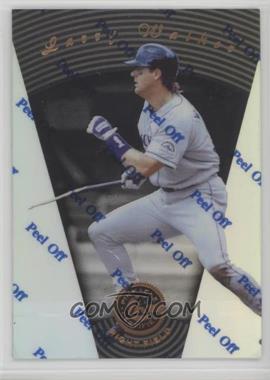 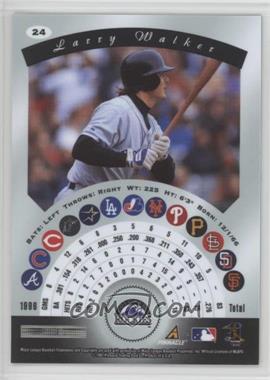 This mysterious parallel carries a lot of speculation about its origin, Pinnacle Brand's intentions, and scarcity as Pinnacle never officially referenced this parallel set prior to the product's release. It is unknown if this parallel was planned to be released into packs or if these were inserted into packs was a mistake. It is also unknown if this parallel was intended to be a "stealth" insert/parallel like the 1998 Donruss Crusades or Certified Mirror Gold Teams. Many collectors (appropriately) assume these were supposed to be a "one-of-one" parallel but it is not known for sure if Mirror Blacks for all 150 cards exist; however, Beckett Baseball Card Monthly reported in 1997 that at least two Mirror Blacks of Jay Buhner were pulled from packs. Below is a list of confirmed cards.

The Mirror Blacks are similar to the base card except the card front has a holographic finish similar to a refractor.

This 20-card set featured the top players in the game on a silver-mirror (non-holographic) and silver frosted-foil finish. Each Certified Team insert is available in the following parallels:

Originally, Pinnacle Brands stated a total production run of 500 Certified Gold Team cards. After the official release, Pinnacle revealed that the first 25 copies of each Certified Gold Team were produced with a "Mirror Gold" (i.e., refractor) finish. However, the initial secondary-market success of the product led Pinnacle to print additional runs of the set (read above). There has been no confirmation that the Certified Team insert and its Gold and Mirror Gold parallels were also included in these additional print runs and thus conservative thought would be that the stated print run announcement of 475 Certified Team Golds and 25 Certified Team Mirror Golds is accurate.

This 20-card set featured top stars in the game on a delicate, die-cut and team-colored etched-foil card design.