1998 Pinnacle Certified was a proposed 150-card set, intended for release in early August, 1998. The product was never issued due to Pinnacle Brands' bankruptcy in July, 1998. However, in October of 2017, a full base set along with a complete set of Certified Red, Mirror Red, Mirror Blue, and Mirror Gold parallels emerged on the secondary market, which some have dubbed the "Pinnacle Baseball Find" (PBF). While many players had base or parallel versions surface since 1998, the emergence of these sets marked the first time copies of certain players were confirmed:

According to the sell-sheets issued by Pinnacle Brands, parts of the Totally Certified product introduced the previous year were to have been absorbed into 1998 Pinnacle Certified as parallels. The final batch of Epix inserts were also to have been included in this set.

Over the years since Pinnacle's bankruptcy, a number of cards from this set, especially from the Mirror Red and Totally Certified Platinum Gold parallel sets made their way into the secondary market. Just like with most 1998 Select, Donruss Signature, and high-numbered Donruss Crusade cards, they were likely "backdoored."

Sell-sheets stated that a pack of six cards would have retailed for $4.99. 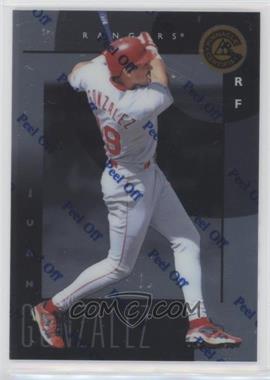 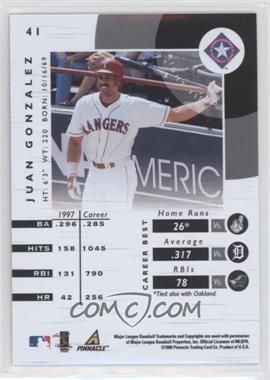 The following was the provisional checklist provided by Pinnacle Brands before their bankruptcy. This full checklist (1-150) has since been fully confirmed and at least one copy of every card in the base set exists. Cards 100-135 were part of the "Certified Future" subset and cards 136-150 were part of the “Certified Legends” subset. 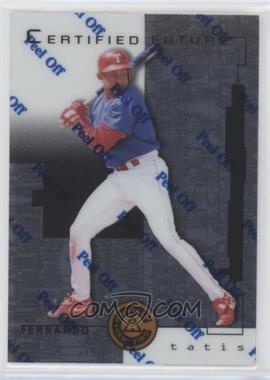 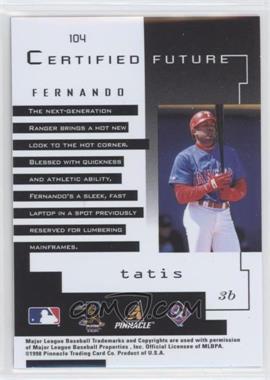 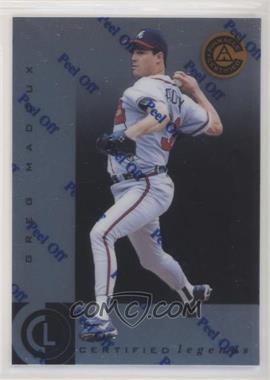 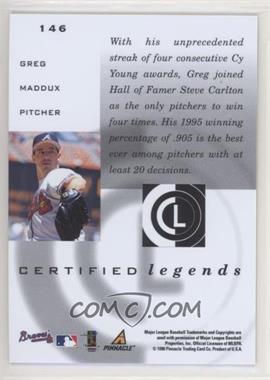 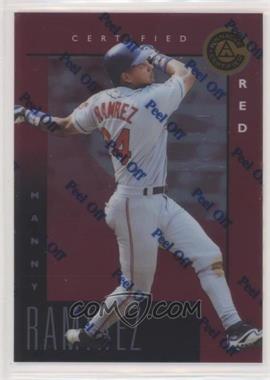 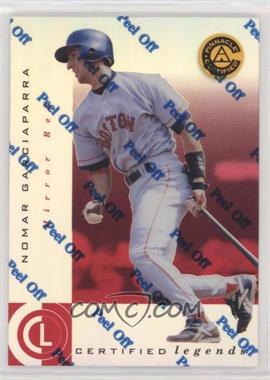 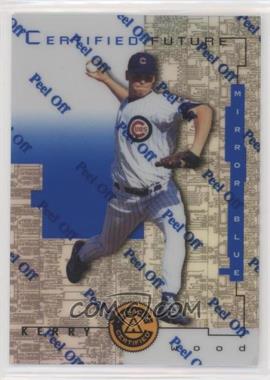 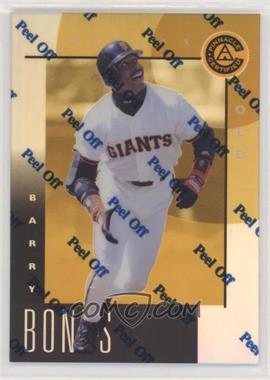 All 150 base cards have the following parallels that have been confirmed to exist (i.e., at least one copy has surfaced on the secondary market)

Each card in the base set (1-150) was supposed to have a Mirror Black parallel that was to be numbered 1 of 1. However, no Mirror Blacks have surfaced and thus it is unknown if they were even printed, let alone distributed.

According to the original sell sheet, the 1998 Totally Certified product, containing the remaining 140 cards, "will not ship until February (1999)." It is believed that, due to Pinnacle's bankruptcy in July/August 1998, those last 140 Totally Certified cards were never produced. 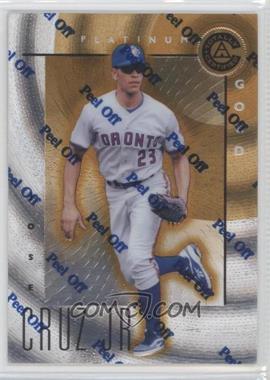 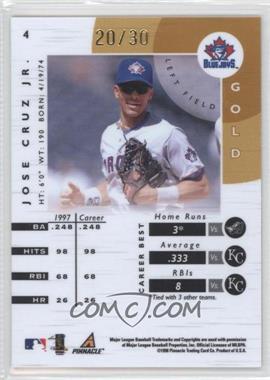 These are serially-numbered to 30, and all ten cards are known to exist. While it is unknown if all 30 sets were produced, one collector has documented the existence of 14 Darin Erstad Platinum Golds, with serial numbers ranging from 2/30 to 30/30.

What are believed to be promo cards from the Totally Certified Platinum Red, Platinum Blue, and Platinum Gold sets have emerged. 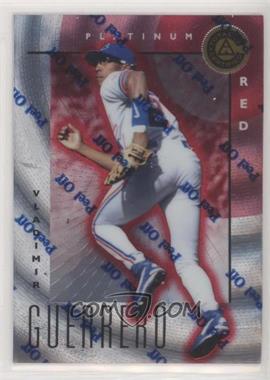 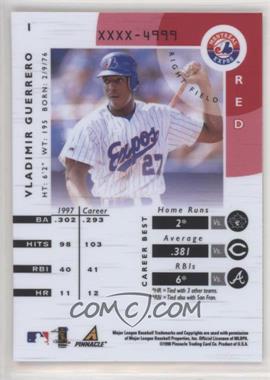 Only three Platinum Red promo cards have surfaced. The Vladimir Guerrero is sheet cut/factory cut while the Jeter and Greer that surfaced are a two-card "panel" that has been cut from a sheet but are still attached to each other. These cards are marked "XXXX - 4999" on the back. 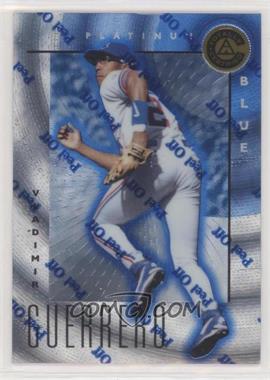 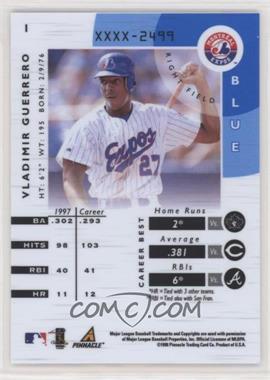 The following players have a Platinum Blue parallel that has emerged on the secondary market: 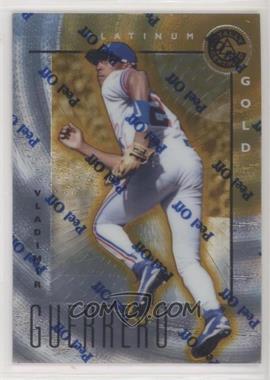 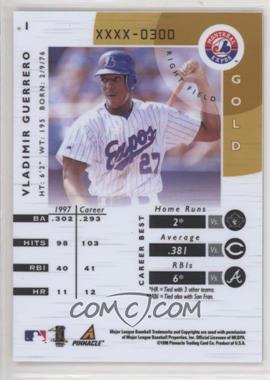 This ten-card set was printed on mirror mylar with foil stamping and featured the game's future superstars. Each Certified Destiny insert featured a Certified Gold Destiny parallel. Neither version was serially numbered.

This 20-card set was printed on micro-etched mirror mylar foil and featured the top superstars in the game. Each Certified Team insert featured a Certified Gold Team parallel. Neither version was serially numbered.