This 50-card multi-sport set was sent in three installments to members of the Topps Stadium Club. The first two installments of ten and twenty cards respectively featured baseball players, while the third spotlighted six football and twelve hockey players.

The design is identical to the 1991 Stadium Club set, with the words "Members Only" are printed in gold foil lettering immediately below the stripe. The back design features a newspaper-like masthead (The Stadium Club Herald) complete with a headline announcing a major event in the player's season with copy below providing more information about the event. The cards are unnumbered and arranged below alphabetically according to and within installments.

Three installments of 10, 20, and 20 cards, exclusively from Topps directly to Stadium Club members.

NOTE: This set is NOT sequentially-numbered. 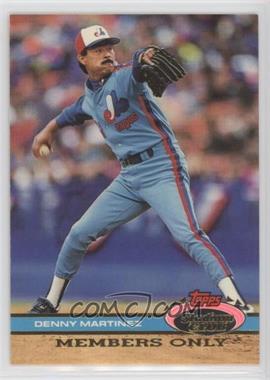 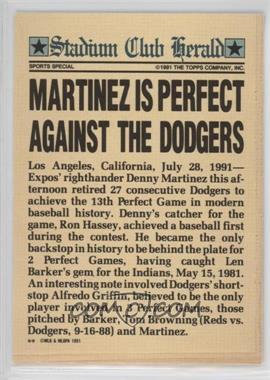 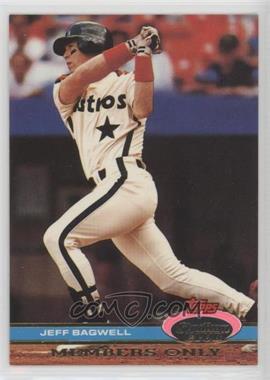 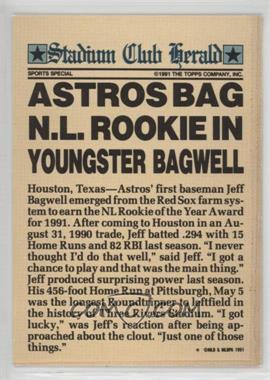 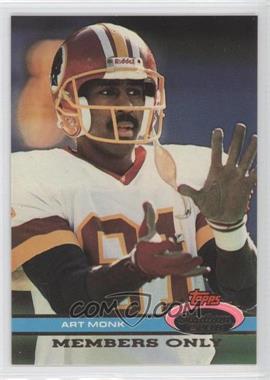 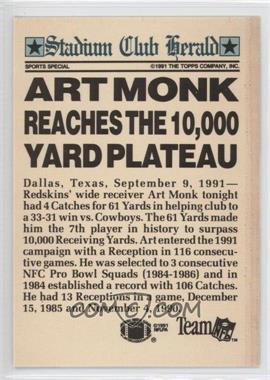