1986 Donruss The Rookies is a 56-card set. The Rookies was Donruss's second attempt at a post-season "update" set, following on the heels of the successful debut of Donruss Highlights the previous year. Unlike Topps Traded or Fleer Update, "DTR" focused exclusively on players who made their Major League debuts during the 1986 season.

Like Highlights, each 56-card set was set was wrapped in cellophane and distributed in a box that resembled a deck of playing cards and came packaged with a 15-piece mini puzzle of Hank Aaron. Unfortunately, the cellophane wrap caused a percentage of the Wally Joyner cards arriving in less than perfect condition, as he was the top card in each "deck." Donruss was able to fix the problem after it was called to their attention and even went so far as to include a card with their customer services department's phone number in their second printing.

The design is similar to the 1986 Donruss set except for the presence of "The Rookies" logo in the lower left corner, a bluish green border, and the application of a glossy coating to the front of each card. 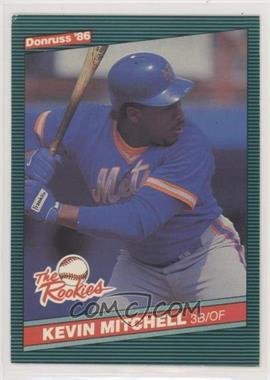 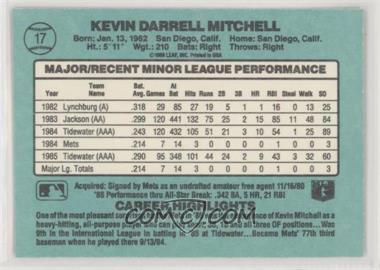